It’s been a year and a half since I traveled internationally alone, and I already feel like an ignorant American.

Even though I don’t speak Cantonese, I guess I look Asian enough that everyone at the airport automatically assumed they could yell demands at me in that twangy, loud language. Thankfully I have an American passport to wave around as my shield and right to not know a local language.

In my life, I never thought I would ever have to apologize for only being able to speak English and Mandarin. So uncultured.

Living in Indiana for so long, I forgot how rude everyone else in the world are. As I arrived in Hong Kong, I was humbly greeted by an obasan (the scary kind of elderly Asian women) who stubbed her toe on my suitcase and started cussing at me despite my sincerest apologies.

I’ve decided that Chinese women between the ages of 40 – 80 are the scariest people on the planet.

Maybe it’s the environment they grew up in, or just the nature of the language, but the scariness of local Chinese residents sure takes a while to get used to. I thought a higher rank-looking man at the airport customs was yelling angrily at his employees, until I identified a few words he was screaming and realized he was just telling people to go to lunch.

Just like every time I visit Asia, I realize I’ve been taking clean bathrooms, toilet paper, pedestrian protection, and just generally nice people for granted. I am a fellow victim of the “American syndrome”.

But so far, my biggest culture shock moment was definitely seeing a mother hover her child over a trash can as he defecated in public. It sure is a different world.

To end this on a pleasant note, here are a few photos of the view from the free hotel room I got due to a major screw-up by Cathay Pacific that made me miss my misconnection. Spending Christmas eve alone was a little pathetic, but the view, the double bed to myself, and the bathrobe made it all worth it. A little “me” time wasn’t so bad after all. 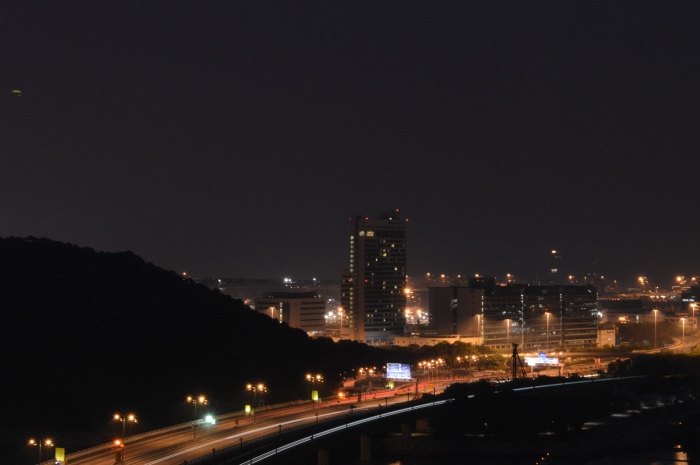 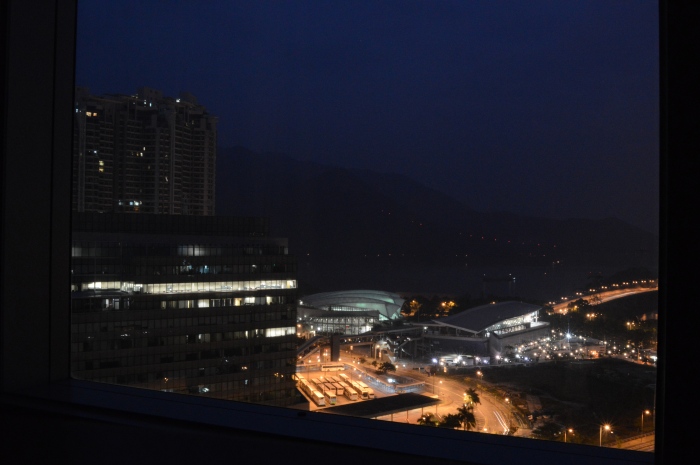 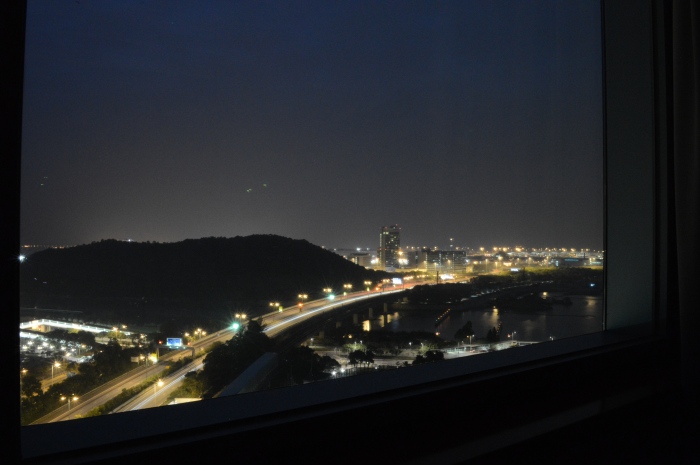